To protect our communities and the planet, we must make a Just Transition from dirty fossil fuels to 100% clean and renewable energy. California has already passed the legislation—SB 100—to initiate this transition, but now the state must implement the practical changes needed and prioritize frontline communities during the process.

A Just Transition will require the integration of solar, wind, geothermal, storage and other technologies. By investing in these developing energy resources and technologies, we will be able to reduce greenhouse gas emissions, strengthen grid resiliency, and improve public health and safety.

Some people believe that since “the sun isn’t always shining, and the wind isn’t always blowing,” they won’t have a reliable energy source with renewable energy. This is not true. Renewable energy can be safely and reliably integrated into our energy system by using both variable (wind and solar) and non-variable (geothermal and hydropower) sources. In addition, investing in energy efficiency (efficient appliances and buildings), flexibility (smart grids, demand response technology, vehicle grid integration), and storage will create a pragmatic solution for safer and cleaner neighborhoods in California that are more resilient to climate-related disasters. Energy storage is an especially important frontier as it can help us store renewable energy for later use, provide backup, and increase grid resiliency.

Myth #2: Renewable energy is too expensive.

Truth: Renewable energy is competitive with gas and will be a much better deal for your pocket in the long-run.

Some worry renewable energy will be too expensive, pointing to the initial costs of research and development (R&D), pilot projects, and market prices prior to commercialization. But the truth is, not making this transition would be much costlier. This is because of the projected costs of human illnesses caused by air pollution and climate-related disasters as well as wasted money going to an unsustainable and finite fossil fuel industry. [1]https://uk.reuters.com/article/us-climate-change-usa/clashing-with-trump-u-s-government-report-says-climate-change-will-batter-economy-idUKKCN1NS19D 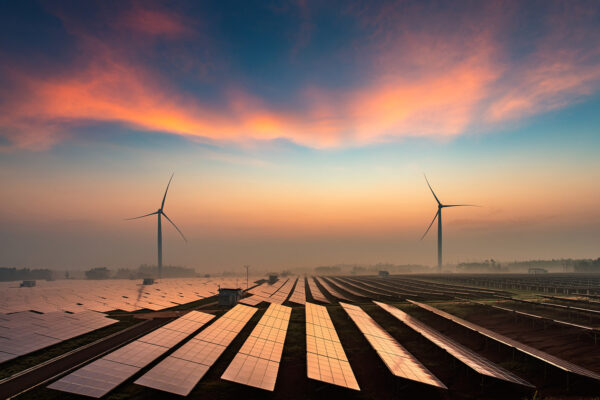 A new study from the Rocky Mountain Institute found that by 2035, it will be more expensive to run 90% of gas plants being proposed in the U.S. than it will be to build new wind and solar farms equipped with storage systems. [2]https://www.bloomberg.com/news/articles/2019-09-09/gas-plants-will-get-crushed-by-wind-solar-by-2035-study-says The combination of renewable energy plus storage could supply the same amount of electricity and keep the grid stable. Going forward, there are also many things we can do to bring costs down for renewable energy, including introducing market-based incentives, and regulatory and legislative reform that would direct the CPUC to put stricter requirements for how electricity providers meet their renewable energy targets.

Myth #3: We can protect the climate without changing our energy system.

Truth: If we don’t transition to a clean energy grid within 12 years, we will have the type of explosive conditions and extreme weather that sparks war, death, and mass extinction around the world.

Some argue we can prevent climate change without shifting over to renewable energy. Yet most global warming is a result of an energy system dominated by fossil fuels. The fossil fuel industry is one of only three industries that are responsible for 71 percent of total carbon emissions. As the inaugural report by the Carbon Disclosure Project (CDP) demonstrated, if the trend in fossil fuel extraction continues over the next 28 years like it has in the previous 28, then “global average temperatures would be on course to rise around 4ºC above pre-industrial levels by the end of the century.” [3]https://www.sciencealert.com/these-100-companies-are-to-blame-for-71-of-the-world-s-greenhouse-gas-emissions 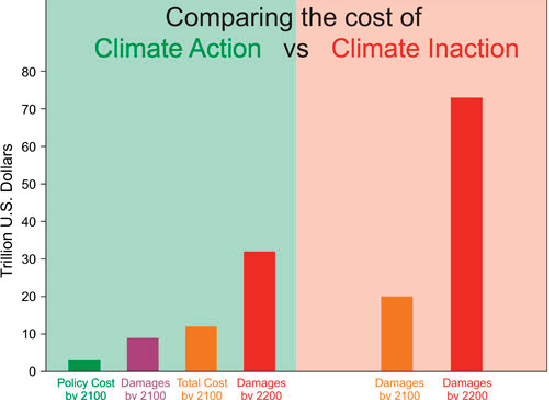 A 4 degree scenario would result in:

This is unacceptable. The time is NOW for an energy transformation that  eliminates our dependence on dirty fossil fuels.

Truth: It not only has to be possible for the sake of our future and the planet, it IS actually doable now. 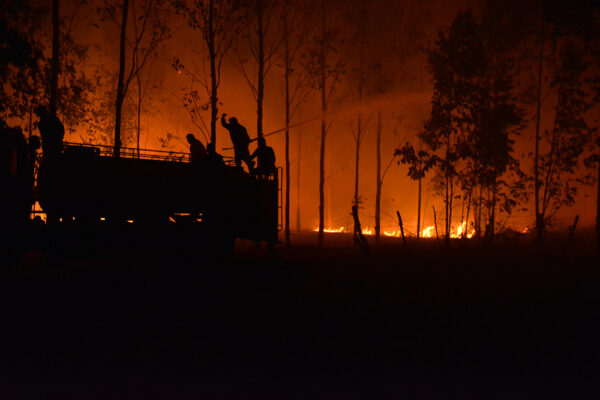 To do this, we need to change where our energy comes from and how we use it. This means we must simultaneously deploy the technologies we have, test and scale mid-range technologies, and invest in research and development for end-game technologies.

In the near term: