Why California should retire and replace its gas plants

Between fires and smog days, gas plants suck the life out of the frontline communities who live near them. Gas is anything but ‘natural.’ It is a processed fossil fuel with many serious short-term and long-term dangers to public health, safety, and the climate.

Drilling, extraction, and operation of gas puts families in danger

“Renewables and demand response and batteries
are about to do to gas what gas has done to coal.”
— Mark Dyson, Rocky Mountain Institute

The gas industry likes to say gas is the most “reliable” energy source for the grid. But what’s so reliable about a product that is flammable, can cause explosions, and is a finite resource that will go the way of coal as we shift more towards renewables and energy efficiency? 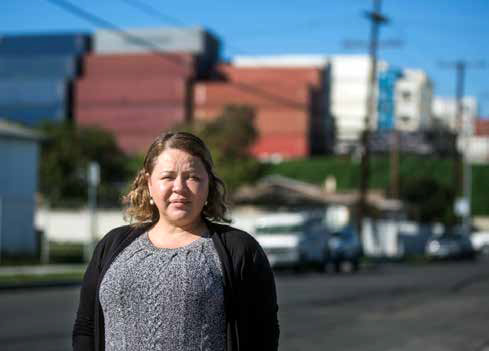 “Too many Californians, especially low-income families, breathe in unhealthy air that causes senseless suffering and robs us of long life.”
—Magali Sanchez-Hall, Wilmington Leader at Communities for a Better Environment

Gas isn’t going to get cheaper. Meanwhile, renewable energy and energy efficiency is in many cases now cheaper than gas, and will continue to get cheaper. A new study from the Rocky Mountain Institute found that by 2035, it will be more expensive to run 90% of gas plants being proposed in the U.S. than it will be to build new wind and solar farms equipped with energy storage.

Across California, municipalities are recognizing that we don’t need gas plants to meet their needs, as they will only grow increasingly wasteful.

A more sustainable, safer, and healthier future for California families.

“‘Should we build that new peaker?’ The answer is going to be no, we have another option.”
— Scott Smith, leader of the U.S. Power and Utilities National Sector, Deloitte